On October 31, 2017 we celebrated the 500-year anniversary of Martin Luther’s nailing his 95 Theses to the Castle church door. If October 31 marks the beginning of the Protestant Reformation, another famous date made it official. That date was April 18, 1521 at the Diet of Worms. 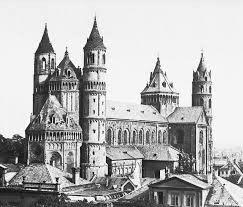 The Diet (=assembly or gathering) was called by Emperor Charles V of the Holy Roman Empire to convene in the German city of Worms (pronounced “Vorms”). The reason this Diet was called by the Emperor is because the State and Church in Luther’s time were inextricably linked together. So, a State assembly was convened to settle a Church issue. Luther had already been excommunicated from the Church earlier in 1521. This State assembly was called to decide whether Luther’s writings should be banned from the Empire.

The Diet lasted several months. The key turning point was April 18, 1521 when Luther proclaimed his famous “here I stand” speech: 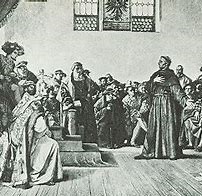 Unless I am refuted and convicted by testimonies of the Scriptures or by clear arguments (since I believe neither the Pope nor the councils alone; it being evident that they have often erred and contradicted themselves), I am conquered by the Holy Scriptures quoted by me, and my conscience is bound in the word of God: I cannot and will not recant anything, since it is unsafe and dangerous to do anything against the conscience. . . . Here I stand. (I cannot do otherwise.) God help me! Amen.

The significance of this speech cannot be overstated. Essentially, while the 95 Theses started the Protestant Reformation, this speech essentially made the Reformation official.

Officially, with these words, Luther emancipated true believers from the spiritual tyranny of the Roman Catholic Church. In so doing, Luther echoed the truth from one of his favorite books of the Bible: “It was for freedom that Christ set us free; therefore keep standing firm and do not be subject again to a yoke of slavery” (Gal 5:1). 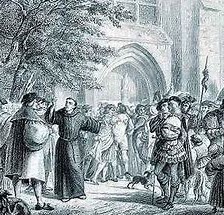 For more on Luther and the Lutheran Reformation, see the lecture here: Church History, Lesson 8, 11/8/15

Previous
What is the Bible About?
Next
What If the Resurrection Never Happened?
Today Grace Groups
Jan 31 Sunday Service (with face…