Last year, as I was eating king cake with my colleagues on Fat Tuesday (the day before Ash Wednesday), we discussed how Catholics relinquish meat during the Lenten season. Our newest colleague was asked: “Are you Catholic?” 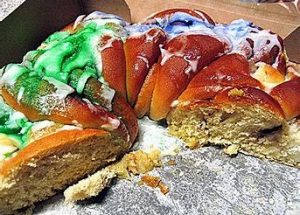 “I used to be,” he said, “but I loved meat too much!” Chuckles filled the lunch room.

As light-hearted as his comment was, the Reformed Reformation (not the Lutheran Reformation), of which Grace Community Bible Church can generally trace its roots, started by loving meat too much . . . well, kind of.

During the late winter, about this time of year, in Zurich, Switzerland in 1522, the town printer and his co-workers ate sausage during Lent. Though he did not consume the sausage, the well-known reformer Ulrich Zwingli was present, whose presence amounted to compliance with this treasonous act against public law: eating meat during Lent! Public outcry against Zwingli ensued. Not being a shy fellow, Zwingli used the occasion to preach a sermon entitled: “Regarding the Choice and Freedom of Foods.” Zwingli’s basic argument, which seemed revolutionary at the time, was that since the Bible does not prohibit eating meat during Lent, Christians are free to eat.

As we look back on this historical event, we see that the motivations of these men were more than a love for the marvelous meat they called sausage. They were motivated by a desire to submit to the Scriptures as their supreme authority.

Who would have thought that God would use sausage to reform the church and change the world?!? Pass the sausage, please!