On August 24, 1662, 357 years ago today, more than 2,000 ministers were ejected from their pulpits in England for refusing to submit to the Act of Uniformity. This Act required prescribing to all the rites and practices of the Church of England, which many dissenting ministers felt were unbiblical. The event came to be called “Black Bartholomew’s Day” as it coincided with the great massacre that took place on St. Bartholomew’s Day in 1572.

Within two years of the Great Ejection, several “farewell sermons” were published, documenting these minister’s final words to their flocks. Their sermons were a tender, pastoral call to remain faithful to the Scriptures (Jude 3), to love one another (John 13:34), and to endure persecution for the sake of Christ and his gospel (Matt 5:10-12). J.C. Ryle, a Church of England minister, writing some 150 years later, would refer to the Great Ejection as an “injury to the cause of true religion in England which will probably never be repaired.”

With this history in mind, the question must be asked: what does God have for the Church in America in the coming years? Imagine what it would do to the United States to lose over 2,000 gospel preaching ministers. 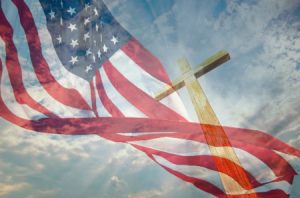 Whatever our future might hold, we can pause today to pray for the Church being persecuted around the world in places such as China, Iran, and Syria. We can pray that these Christians, like the dissenting ministers in England preached several centuries ago, would remain faithful to the Scriptures, love one another, and endure persecution for the sake of Christ and his gospel. Please say a prayer right now to that end.

Previous
Should We Follow Our Heart?
Next
When Desires Aren't Fulfilled
Today Grace Groups
Apr 18 Sunday Service (with face…