In the grand scheme of things, we view the institution of marriage as a normal part of society. But this wasn’t always the case – especially if you were a monk. The fact is that in the sixteenth century, if you were a religious worker (e.g., pastor, monk, nun), you didn’t marry.

Given that marriage was not proper for religious workers, when Martin Luther (a monk) married Katharina von Bora (a nun), he was ferociously ridiculed. In fact, Luther’s opponents said Luther started the Reformation only so that he could get married! For Luther, however, marriage was a byproduct of two things: his theology and the gospel. 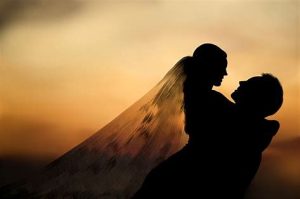 As a by-product of his theology, when Luther reinstituted marriage, especially for clergy, he did more than marry his sweetheart. Luther’s revitalization of justification through faith alone had implications for marriage. His theology reinstituted what a Christian family looked like according to the Bible: one could marry and still be devoted to God. In other words, a person did not have to remain single to please God.

And so, because of Luther’s theology and the gospel, men and women devoted to God began to marry. And their marriages, like Luther’s, pictured the gospel they loved and preached. 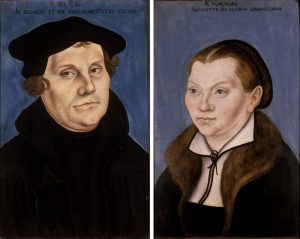 What does this all have to do with today? Today marks the 494th wedding anniversary (June 25, 1525) of Martin and Katharina Luther. And it is reason to celebrate! Though Luther is currently in heaven where none “marry, nor are given in marriage” (Luke 20:35), I say this today as a clergy member currently married (and loving every minute of it!): Happy anniversary, Luthers! Thank you, Lord, for raising up Luther to boldly proclaim the gospel of justification through faith alone, with its implications for the reformation of marriage.