Because we live in a fallen world, sinning against others and being sinned against, we are in constant need of forgiveness. Yet, we often misunderstand what forgiveness truly is.

Biblically, forgiveness is not a feeling, is not excusing, and does not necessarily mean forgetting. What then is forgiveness?

In a word, forgiveness is a promise. 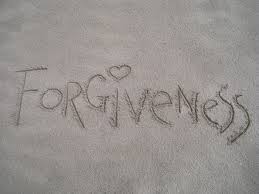 In cancelling the sin, you are essentially making a promise. You are promising that you will not bring the offense up anymore to three people: (1) yourself, (2) the offender, (3) or anyone else. Forgiveness is truly “burying the hatchet”.

Suppose a friend tells you something that you eventually find out is a lie. Later, your friend asks for your forgiveness. You grant them forgiveness—an event. Two days later, you are reminded of their lie, so you consciously ask God to help you continue to forgive your friend—a process.

As you can see, if you are a sinner and you communicate with sinners (which is every one of us!), you regularly need forgiveness. Freely ask for forgiveness; freely receive forgiveness. Grant the promise that says, “It’s done.” After all, this is the promise that God grants us in the gospel: “As far as the east is from the west, so far has He removed our transgressions from us” (Psalm 103:12).